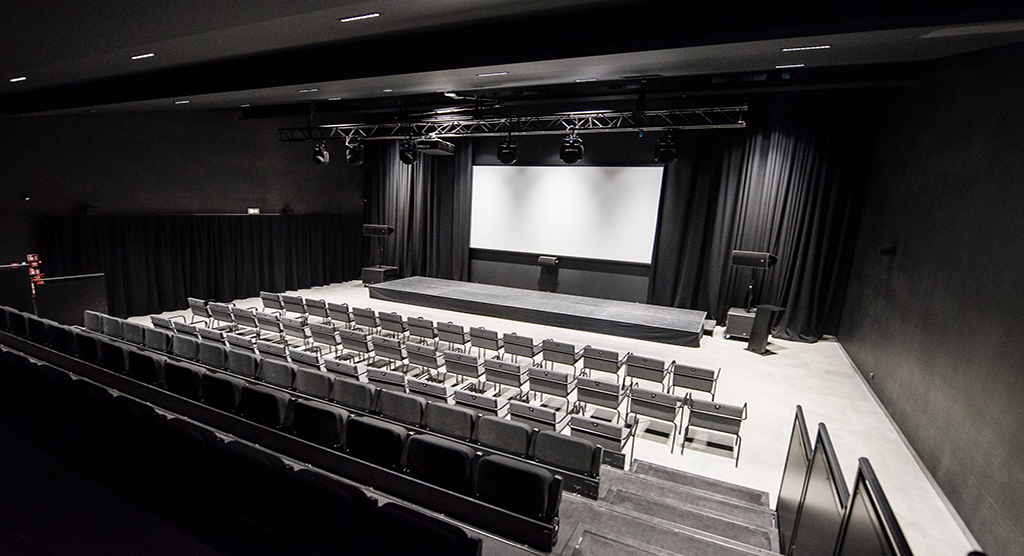 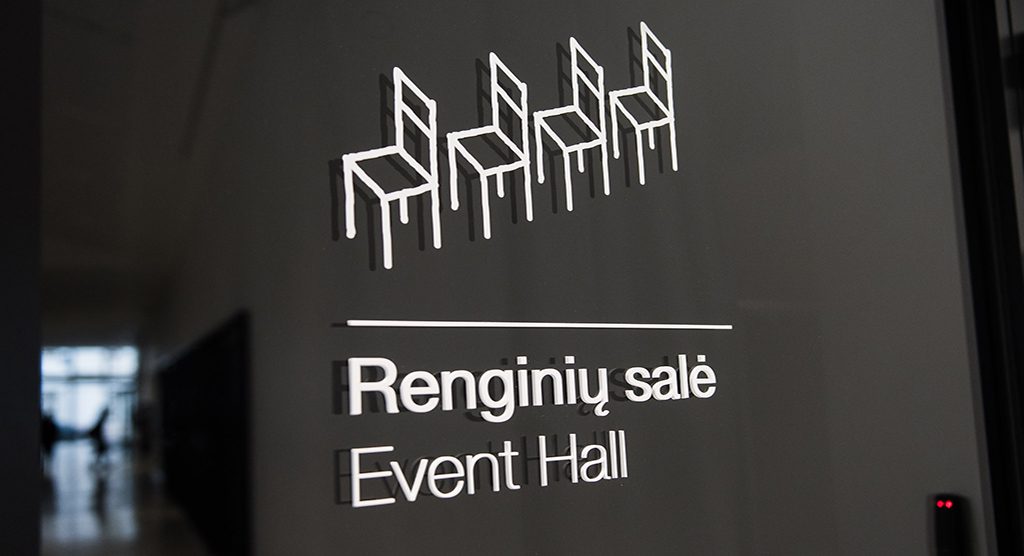 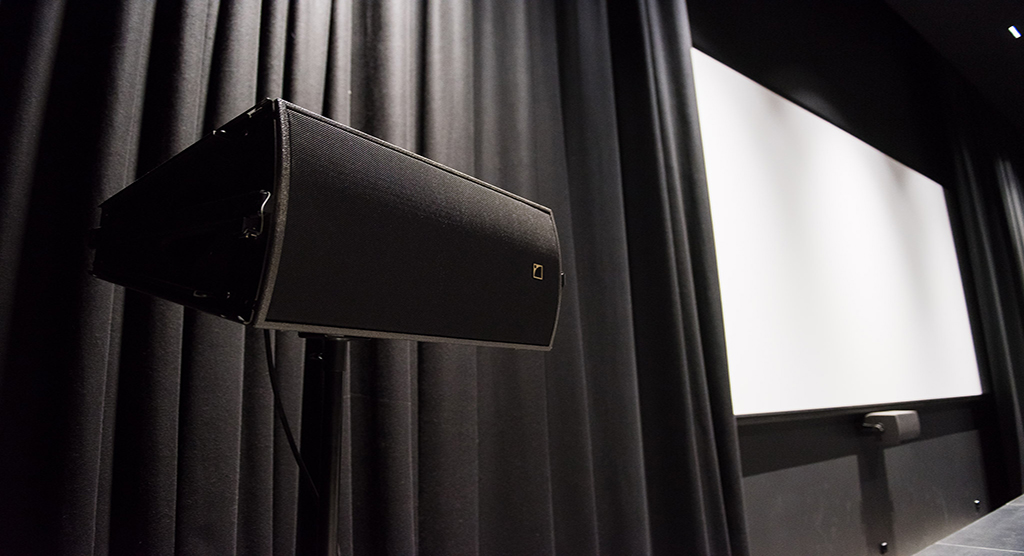 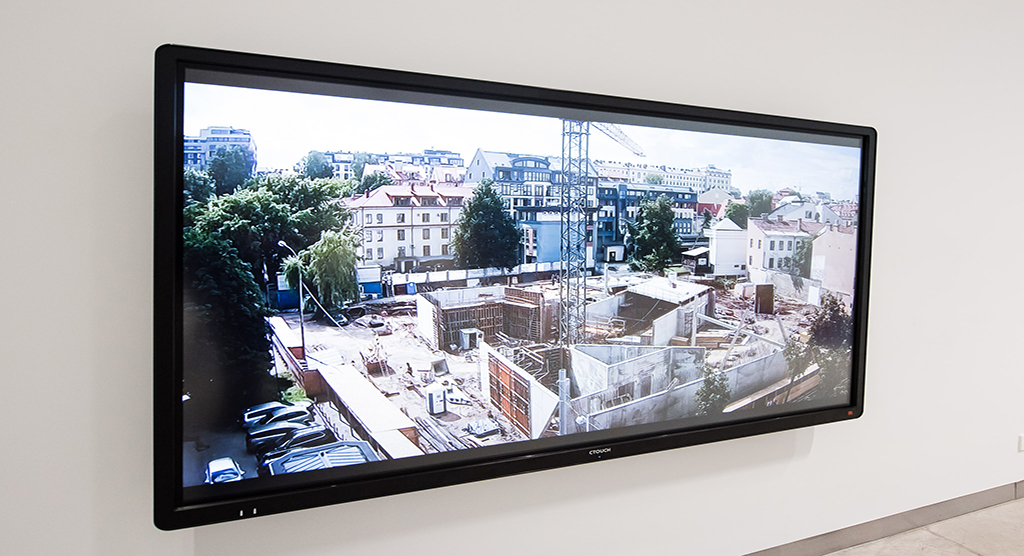 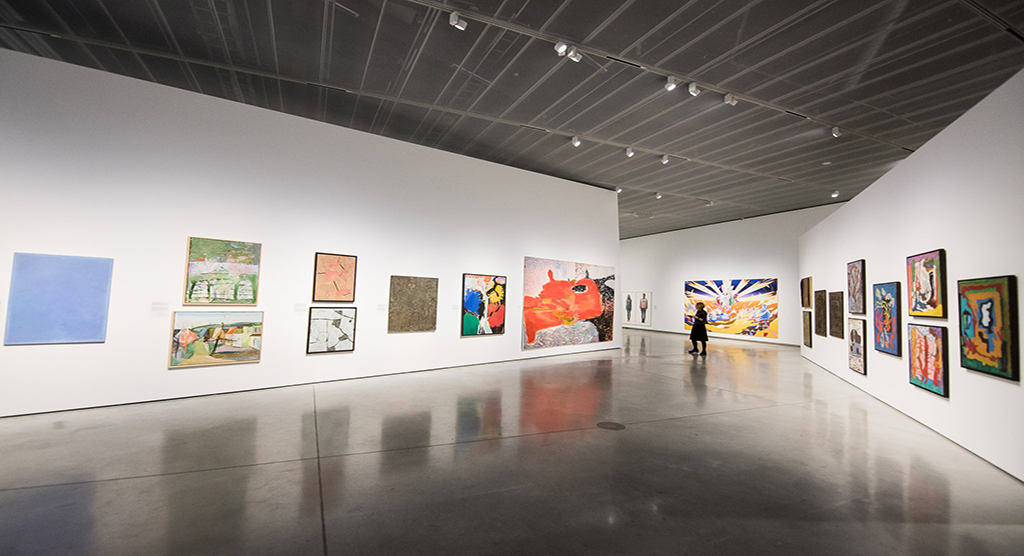 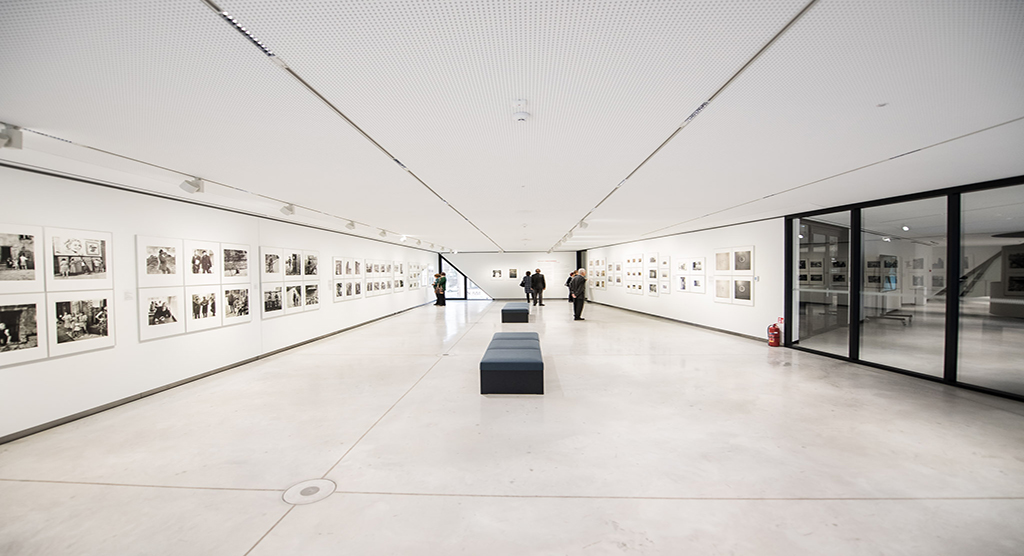 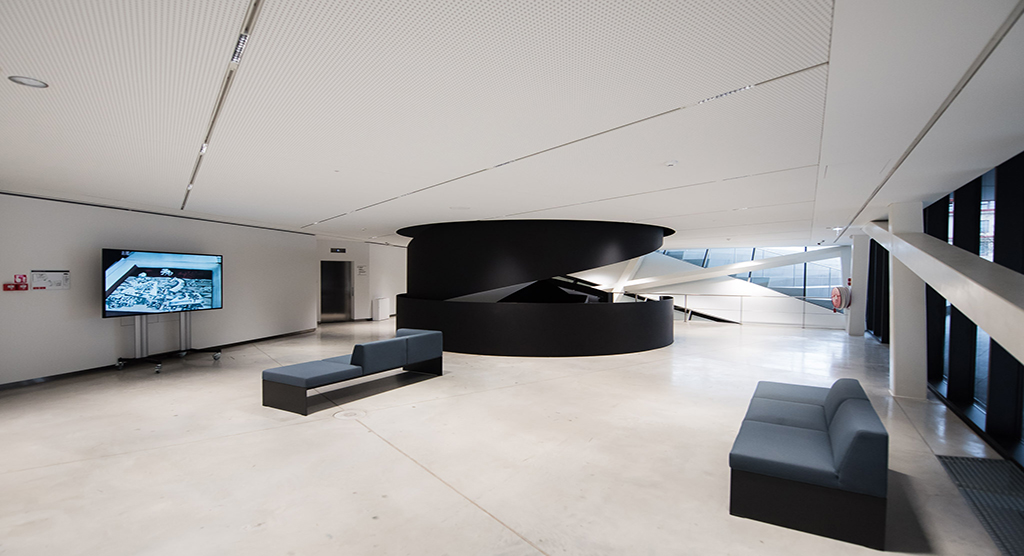 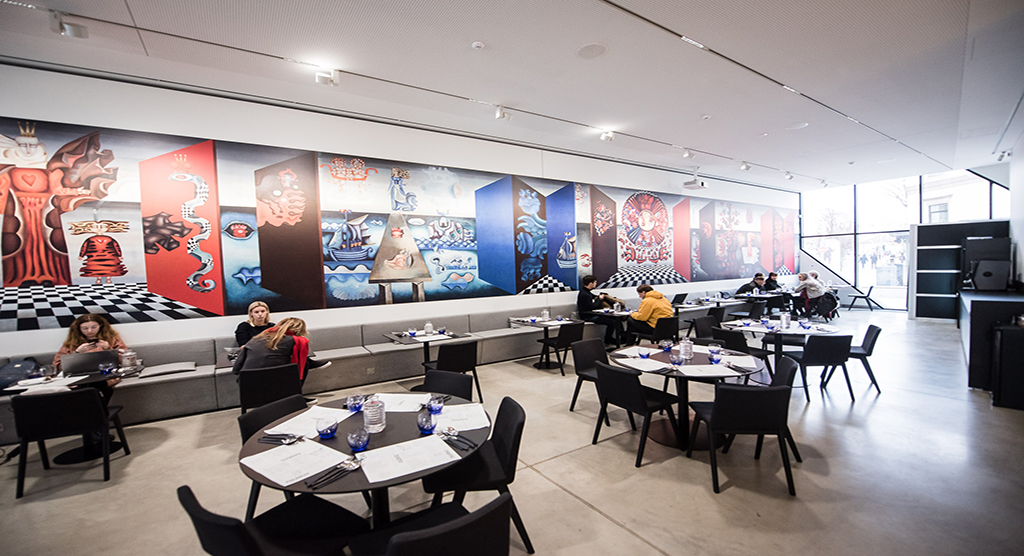 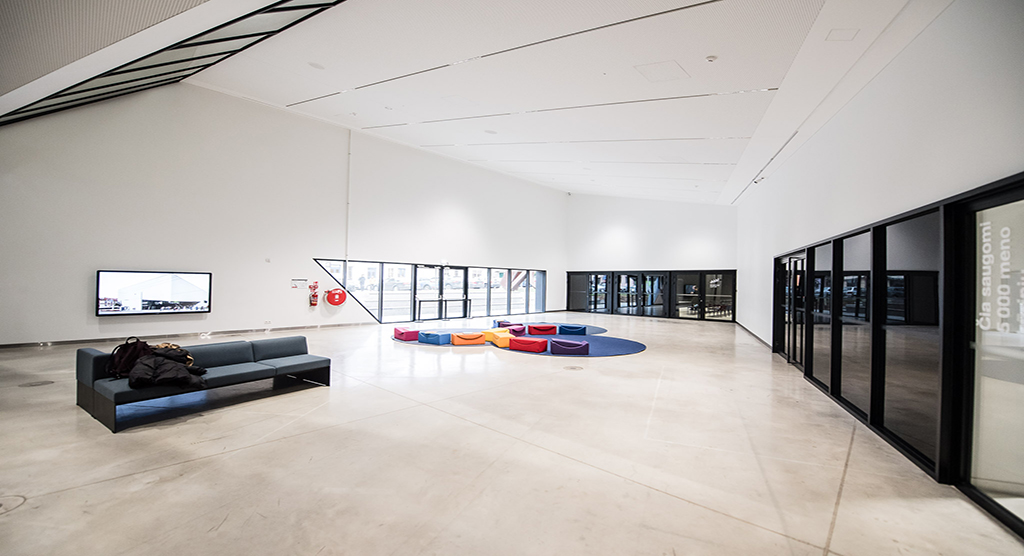 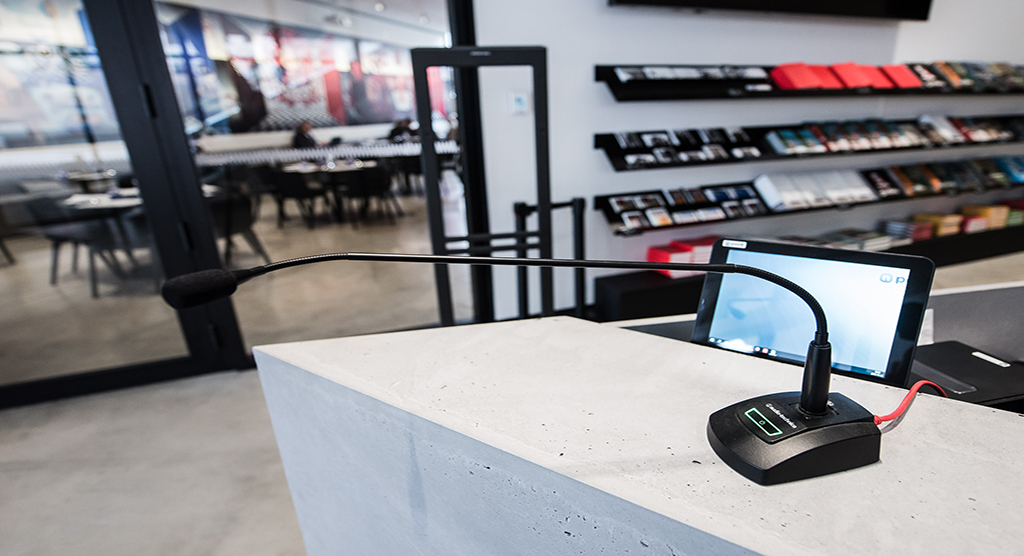 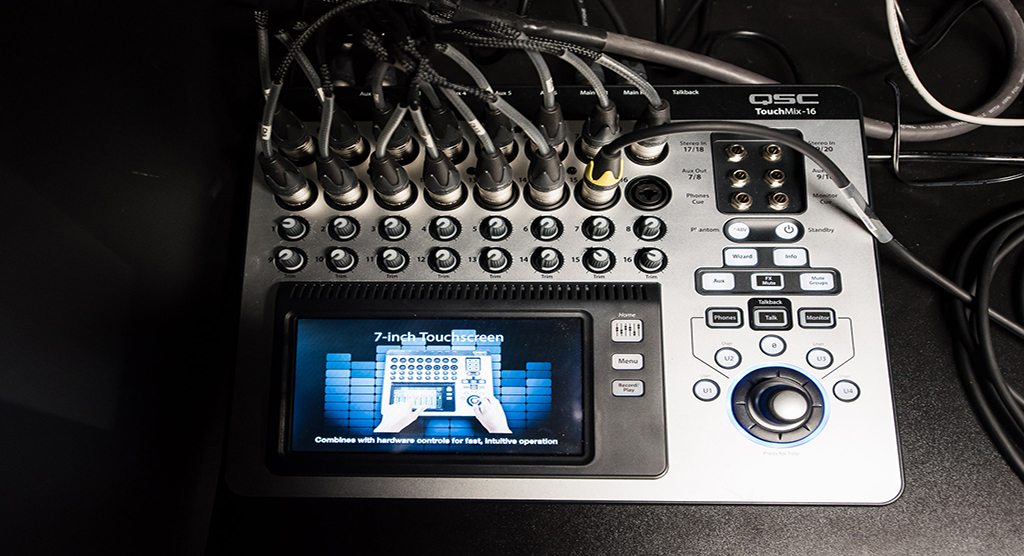 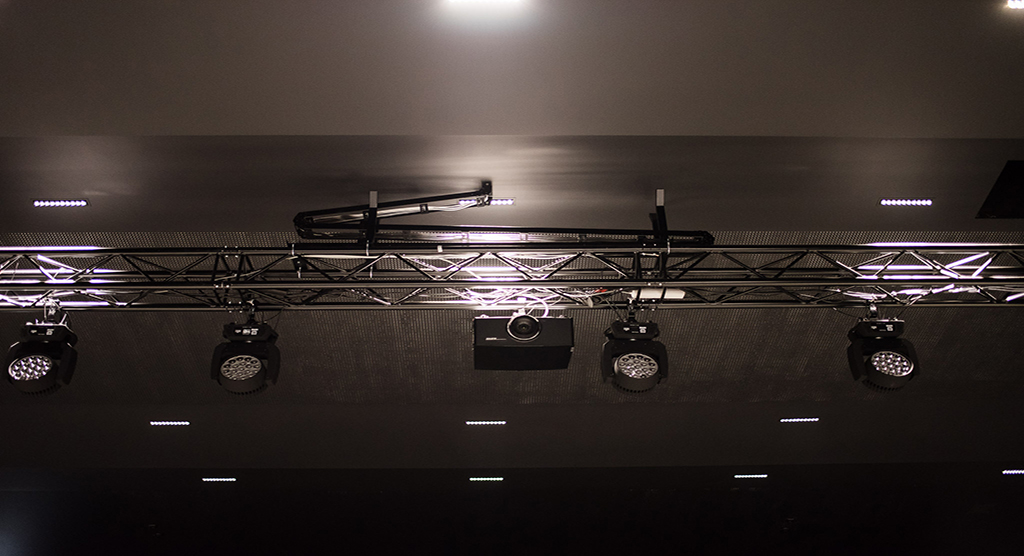 The MO Museum that was built in the location of the Cinema “Lietuva” was personally founded by the scientists Danguolė and Viktoras Butkai. Exhibitions, educational activities, concerts, motion picture showings, and other events have been organised here since 18 October 2018. The MO Museum is an exclusive building with universally-adapted areas for different kinds of events or activities (exhibitions, events, conferences, concerts, fashion shows, cinema), and technological systems extensively suitable for all of the above. Their novelty is additionally displayed through a modern concept of functionality.

Stage Technical Service was the main contractor of the technological part of the building. STS designed and installed the following features in this unique building: sound, equipment lifting, lighting, video, and cinema systems.

UNIVERSALITY as the main goal

All systems are distinguished their universality and a large scale of use. The aim worked out from the very beginning – to make all of the spaces of the Museum as universal as possible. Both the managers of the Museum and the contractor together with the architects saw the Museum not only as a single-purpose object – a gallery. This was executed by an advanced and modern attitude of the contractor and the architects, including the invitation to participate in collective meetings regarding the achievable performance capabilities of the building.

BACKGROUND SOUND SYSTEM – one for all spaces

We designed and installed a background sound system that pervades all of the areas of the building, and which could be used to transmit music or informational announcements. What makes the system so practical is the “Symetrix” processor which can be used to control the system via smart devices: tablets, computers, or smartphones connected to a single Wi-Fi network.

Another convenient asset – possibility to divide the zones, 10 in total, and transmit a different or the same content, to set a different sound level, or just to turn off the sound altogether in specific zones.

The following was additionally installed in the Museum:

INTEGRATIONS BY STS IN DIFFERENT SPACES:

Seven suspension points were installed in addition to the background sound system in the ceilings of the lobby. Lifts for suspending the equipment were affixed on four of the points. The lifts were arranged throughout the perimeter of the space depending on the way the potential activities at the MO Museum will be planned.

An electrical enclosure box with background sound amplifiers and a processor together with lift distribution boxes for connecting and controlling the lifts were set up in the area. The system was installed in such fashion that more than 4 lifts could be set up if needed. This was designed for the sake of making the space as functional as possible for the purposes of the Museum and the organizations preparing for the events, and thus providing an added value to the society.

This is the most universal and functional space of the MO Museum. It was conceived to be used for various events, conferences, concerts, and a stationary cinema “Pasaka”. Therefore, the aim was to have the technological part designed and set up in this space in such way as to make it convenient for all of the activities carried out.

Sound system was installed to comply with the standards of cinema and concert activities. At the same time it can transmit the background sound and announcements. STS designed and installed the sound system suitable both for cinema and the concerts which was produced by a long-time partner French manufacturer “L-Acoustics”.

The front sound system consists of “L-Acoustics” ARCS WIDE speakers and SB18 low-frequency speakers, while 5XT speakers were installed in the room walls for the cinema purposes (Dolby surround sound). In order to achieve the technological versatility, instead of installing the sound system behind the screen, it was mounted on the outside. Its main clusters are on the sides. 5XT speakers are arranged throughout the perimeter on the walls in compliance with dolby surround sound standard.

Automated curtains were affixed with a view to improve the acoustics of the hall and create a cinema space. They have been mounted in front of the screen, on the glass evacuation doors. Manually-controlled curtains were hung beside the staff and hall exits.

The universal hall has a cinema equipment which can be likewise used for conferences. Both sound and video systems fulfil the specific cinema standard – DCI. A long-term partner of the STS – the BMK company – assisted in implementing all of the video part of the MO Museum project.

A frame screen was set up in the multi-functional hall. If needed, it can be hidden in the recess in the ceiling.

A lighting system designed for the use of conferences, corporation events was set up in the area. Lighting fixtures were mounted on electric chain hoists that are intended for show business and  suspended on aluminum structures.

Everything was designed and installed so that additional lighting equipment could be suspended if there was a need: additional equipment suspension, connection points were installed specifically for that purpose while the lifts lower the truss down on the floor.

All of these systems are controlled at the control room containing an electric enclosure box with sound amplifiers and lift control panel.

A stage platform of 8×2 meters can be mounted in the space. It is modular and assembled as needed with adjustable size and height.

The restaurant had a background sound system integrated which was also installed in the 1st floor sanitary units. A video projector was assembled in the space for displaying basketball games, concerts, and other kinds of content.

STS designed and installed a sound system controlled by zones. The control by zones is practical for adapting the sound as needed should any artistic installations be installed: the sound can be turned off altogether or different soundtracks can be played in any of the hall zones.

A special equipment suspension principle was invented and installed in this area in order to set up the suspension points as and where needed throughout the entire span of the hall.

The 3rd floor will have a coffee shop and an amphitheater outside terrace. It is planned to install technologies that will allow projecting video material on the wall: motion pictures, art, conferences. Furthermore, a sound system acting as a background for the coffee shop or transmitting a cinema signal, conference announcements is also in the agenda.

VIDEO SYSTEMS – in partnership with BMK

The following was installed in the MO Museum:

The video systems are outstanding in terms of versatility and a large scope of use. They were chosen in consideration of the prospect of available activities. All systems are rather easy to control and have a wide range of automation opportunities. There are plans to expand the interactive artistic installations in the future. This can be realized through the DCI system where the interactive control of the content may be accessible not only to the system administrators but the Museum visitors as well.

LET US HAVE A LOOK AT THE SPACES (source – DELFI):