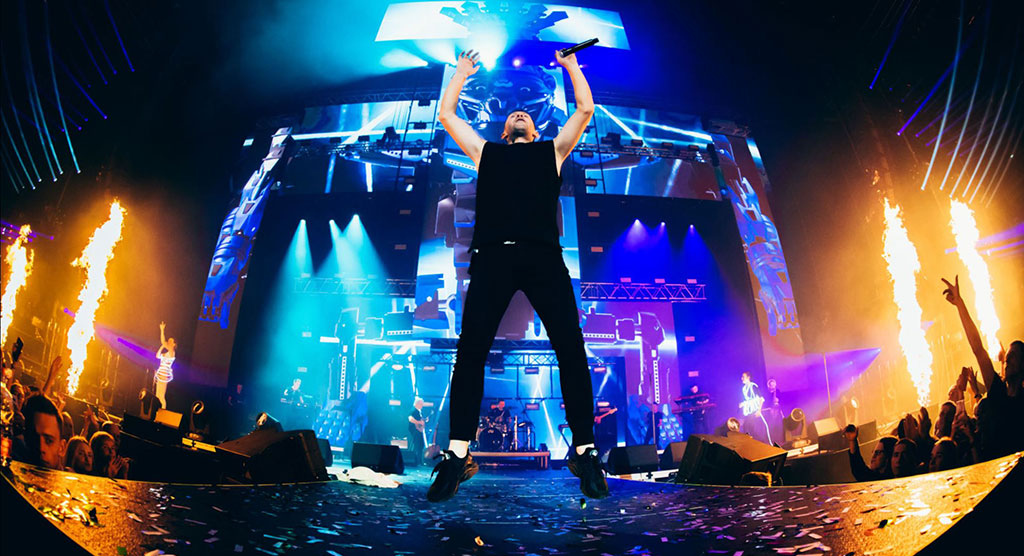 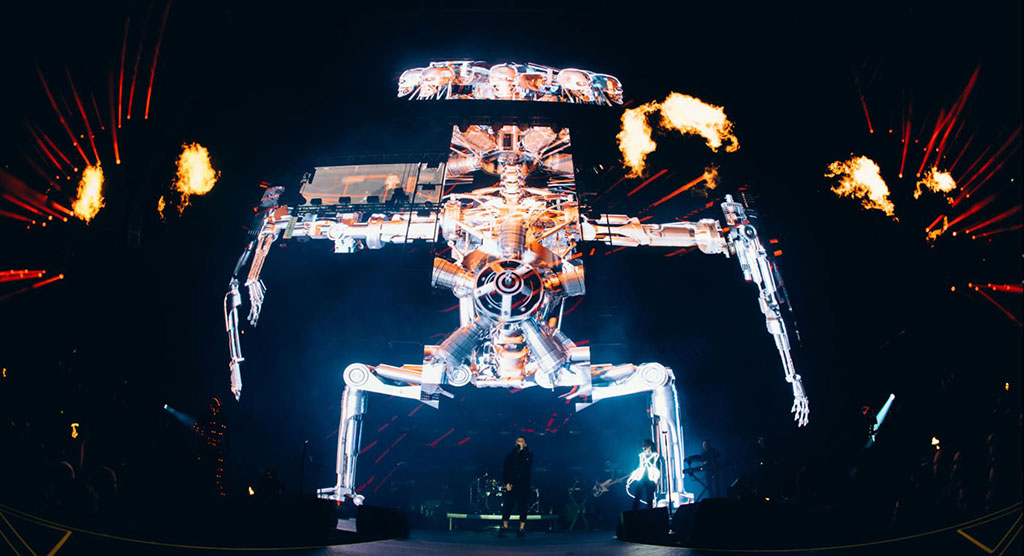 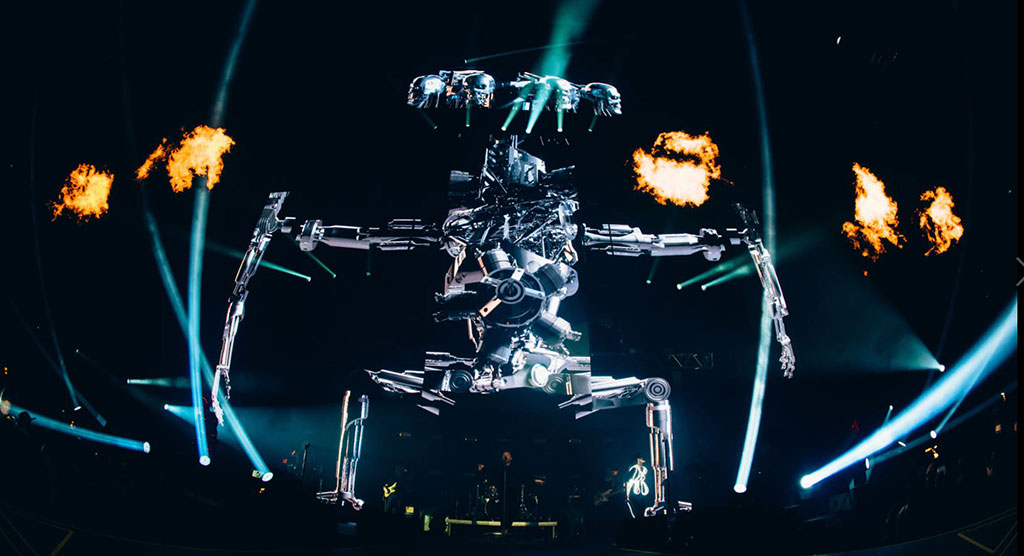 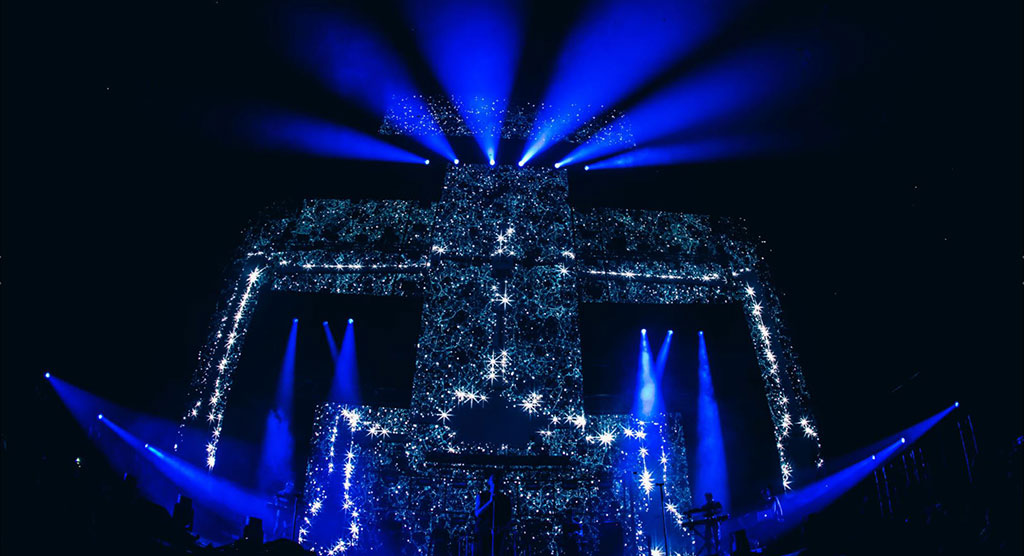 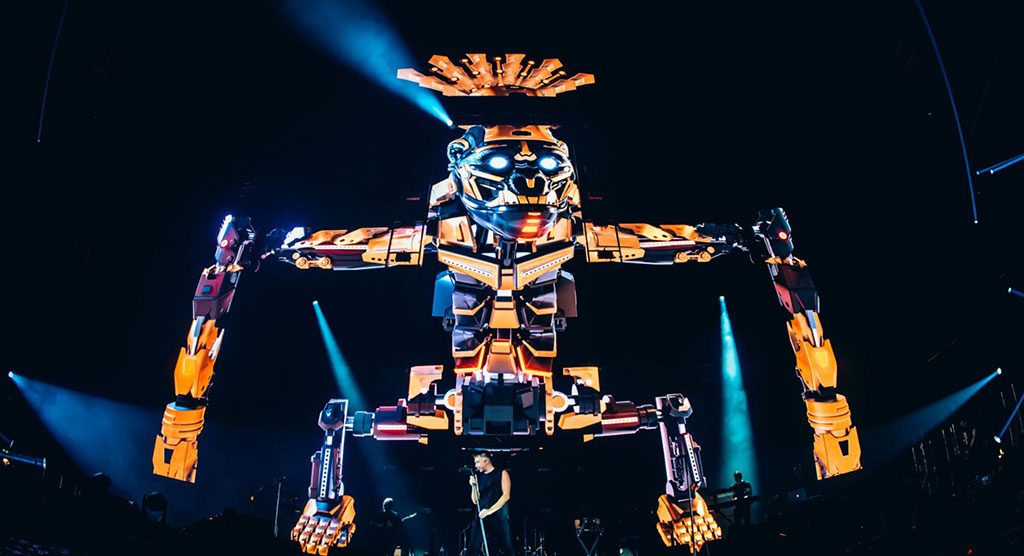 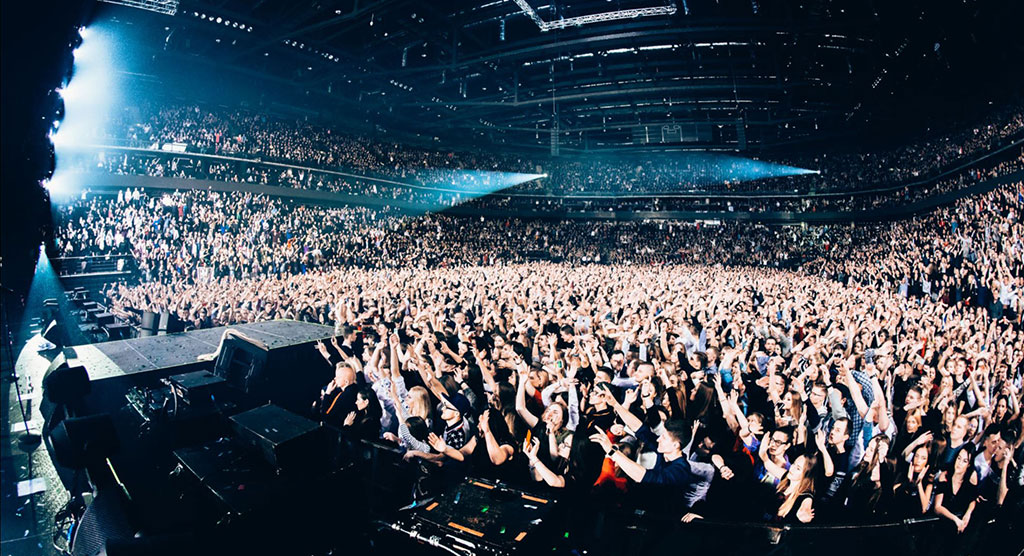 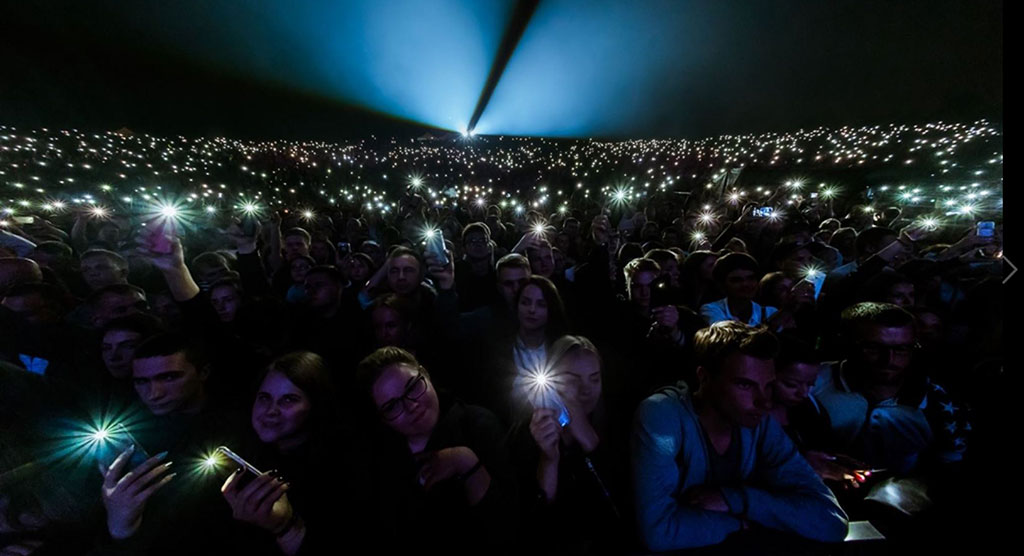 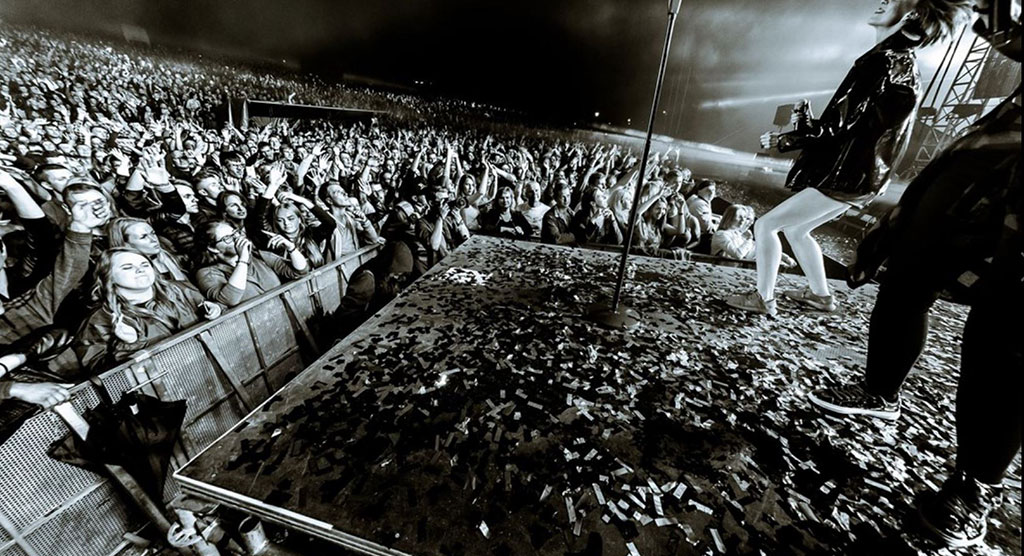 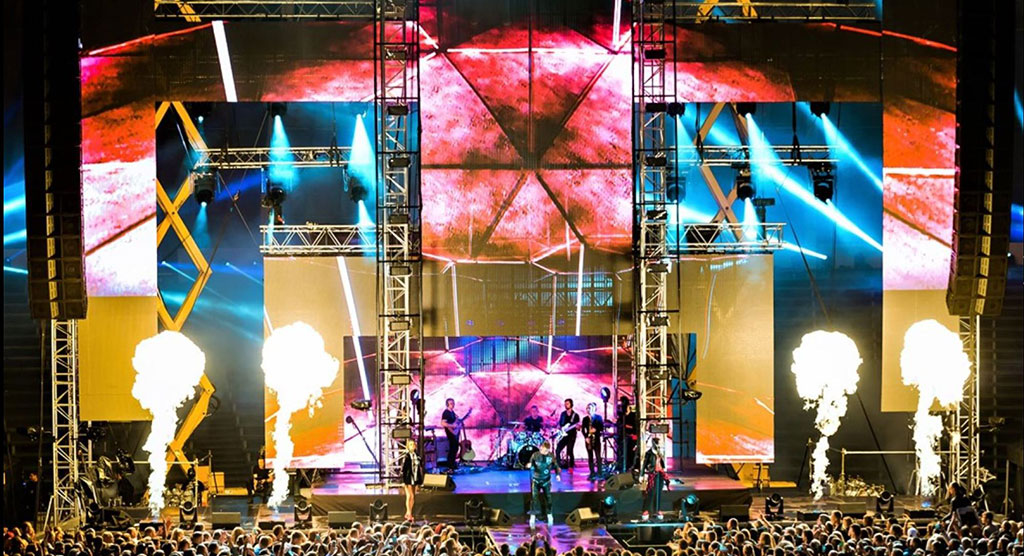 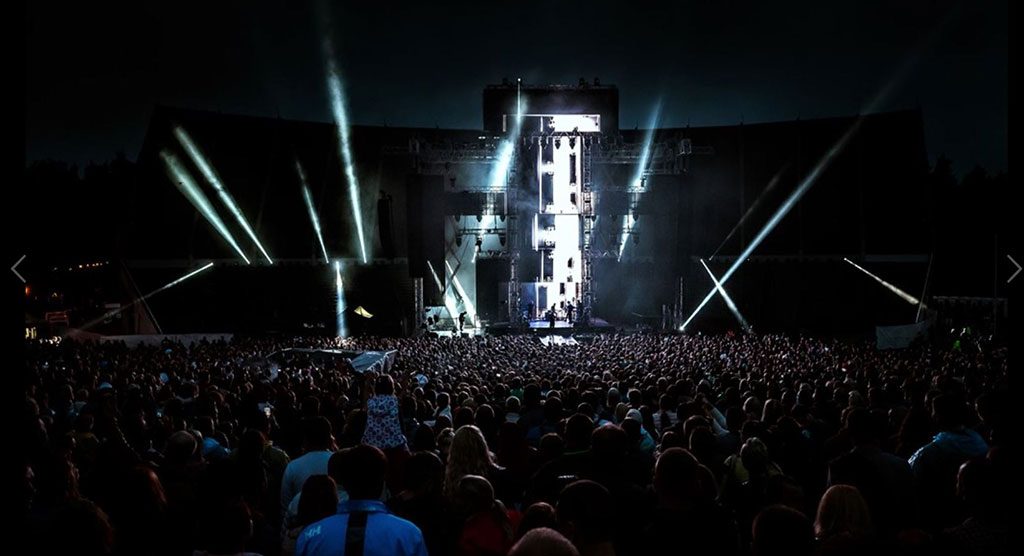 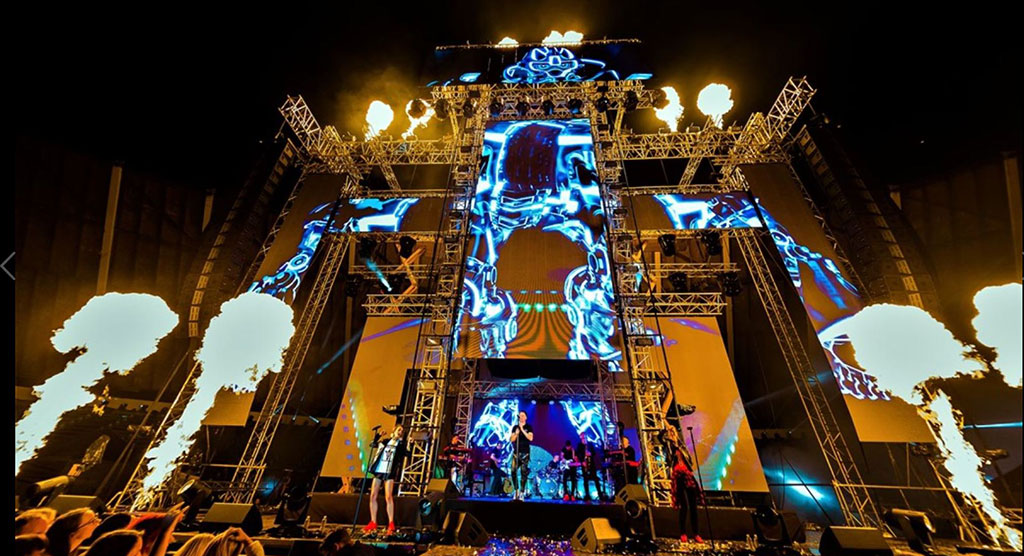 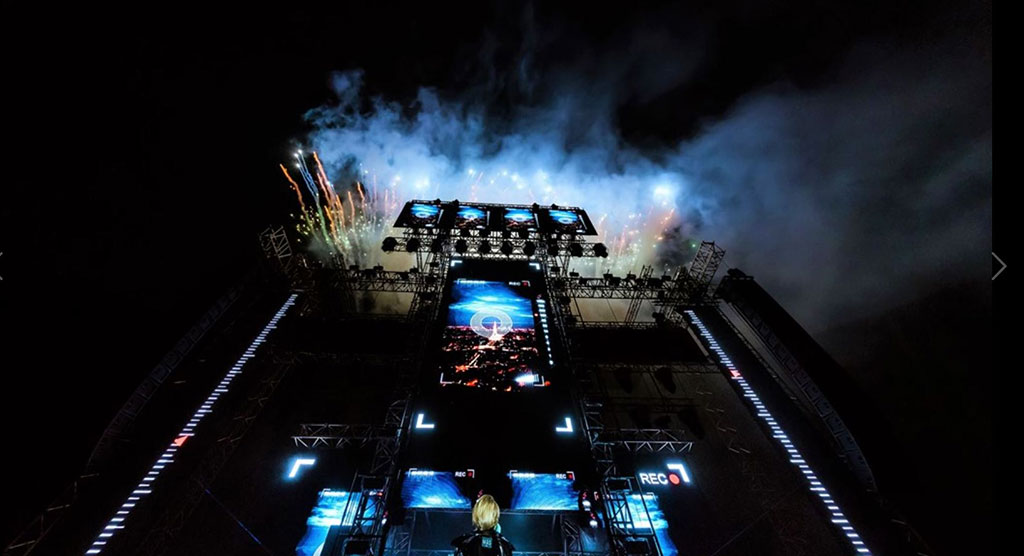 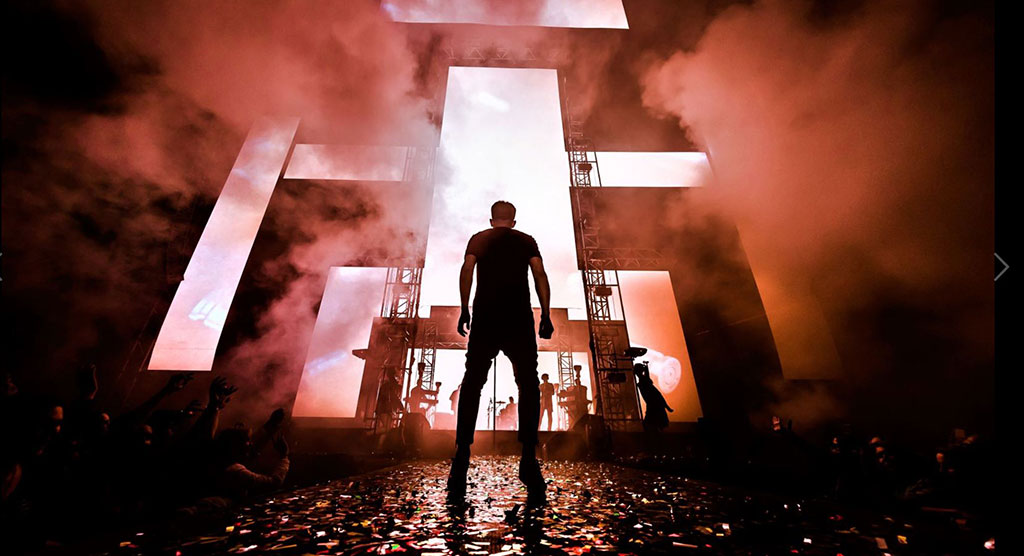 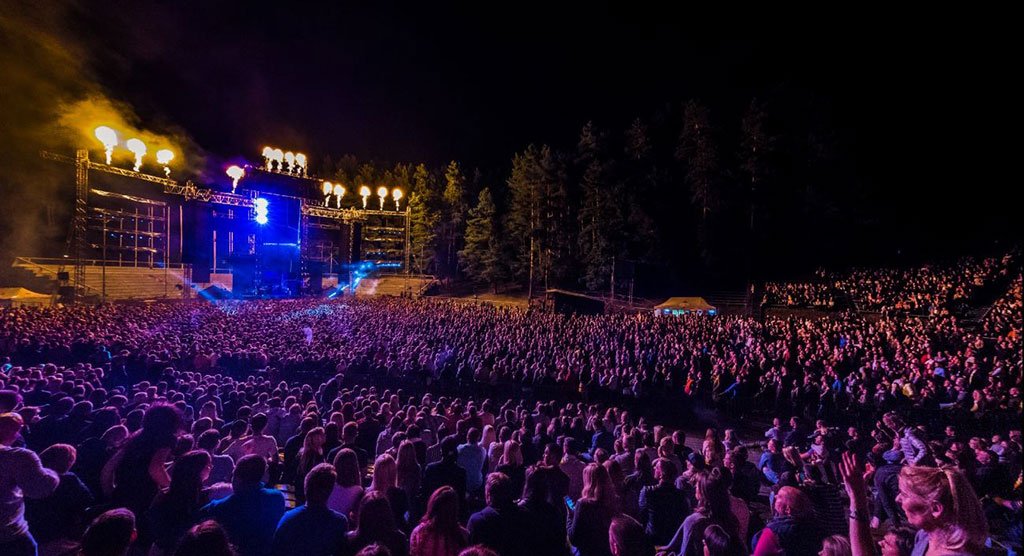 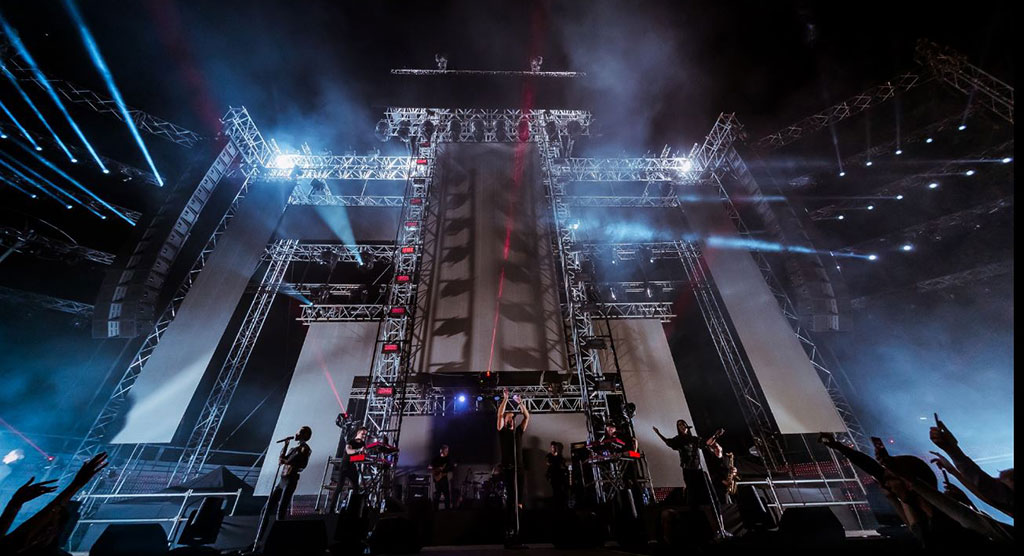 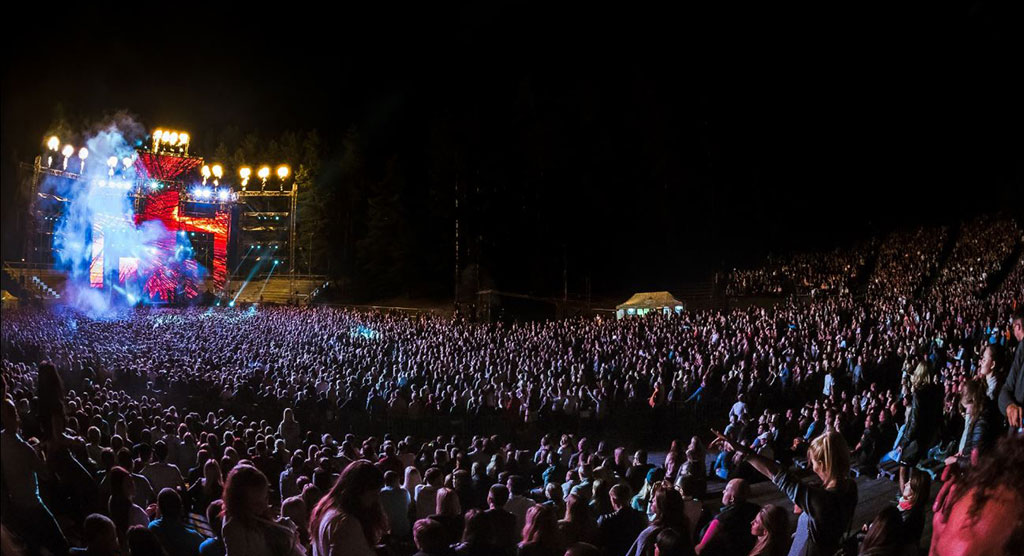 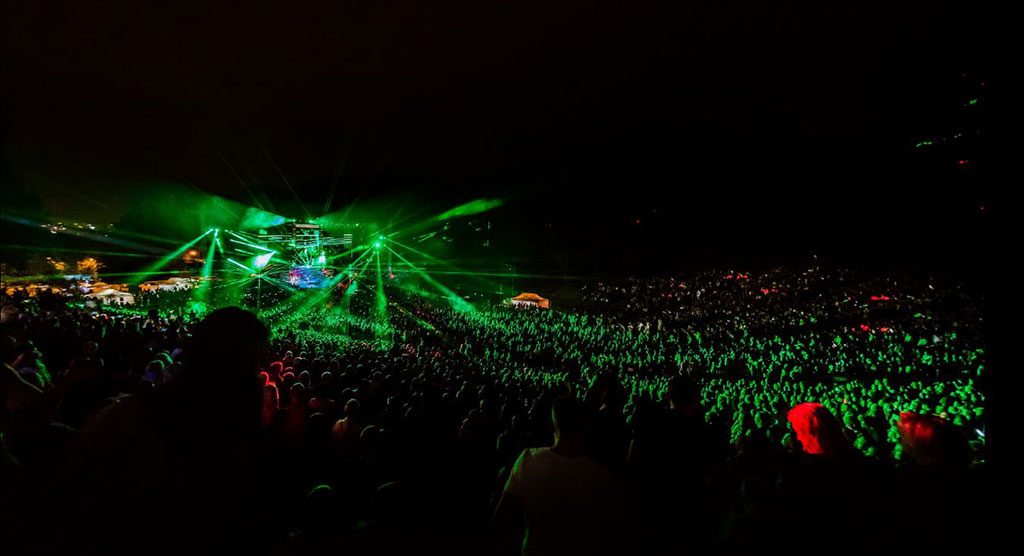 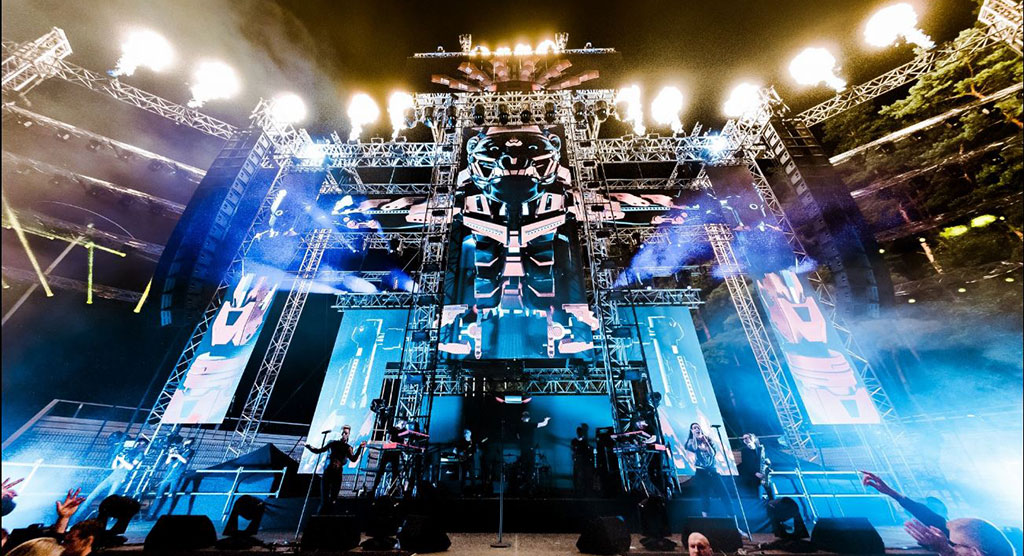 In 2017, one of the most successful Lithuanian performers of all times Egidijus Dragūnas and his band celebrated their 25th anniversary. Three concerts were scheduled in the largest cities of Lithuania: Klaipėda, Vilnius and Kaunas, with a spectacular and unprecedented  in Lithuania stage performance, with its central axis being a robot – as high as an 8-storey building, made from different structures, LED screens and visualizations.

According to the concept description, STS designed and installed this unique stage accent and adapted it to two other different locations. Also, in Klaipėda and Vilnius VIP areas were arranged for the guests.

The first grandiose concert, attended by 19,000 spectators, took place in the Klaipėda Summer Stage. Two challenges were raised for SST. To build:

It was publicly announced that during the show, viewers will be able to see a robot as big as a 8-storey house. For the implementation of this concept, STS designed a stage with double roofing, which became the basis for a robot-shaped LED display. The visual of the robot was projected on the screen panels.

A special double-roof structure was built for the structure:

The main structure for hanging the robot was also unique: 20.5m high, above which there was 3m moustache with integrated pyrotechnics.

Non-standard structure called for non-standard mounting process: only after the lower roof system and LED screens were installed, the other roof could be mounted. All equipment was brought to the event venue by 5 trucks.

Another challenge was to combine the elegance of the structure with stability and safety. Unconventional idea called for a great deal of equipment. Thanks to STS engineers and the new design program SCIA Engeneer (see the description below), as many as 15 tons could be hung (3 tons of lighting, 7 tons of sound equipment, 5 LEDs) while maintaining security settings.

Next to the stage a two-piece 300sqm VIP platform was built.

Analogical SEL concert was held in Kalnų Park in Vilnius.

The 2-hours musical show used the same 8-storey-house robotic stage which was transformed into a flying dragon, so a part of the show was performed not only at the main stage but also at the top of the Žalgirio arena.

Here, too, the robot was in the centre of attention. The idea was adapted to the indoor event. The SCIA Engeneer program used by STS engineers was used to adapt the structure and maintain its stability.

SCIA Engeneer – software of the future

To design such an extraordinary stage structure, the special SCIA Engeneer software was used. This future concept is currently gaining more and more popularity around the world.

In preparation for SEL 25th anniversary tour, the new technology was used by STS specialists to design a non-standard stage, to make its 3D model, calculate load and security, and adapt it to the changing location.

Technology: non-standard stage and its project.