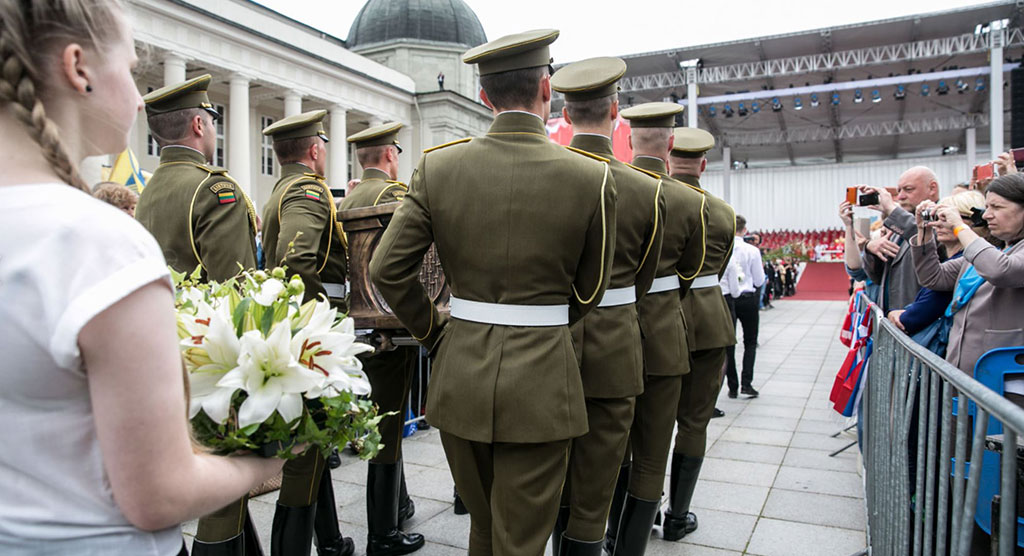 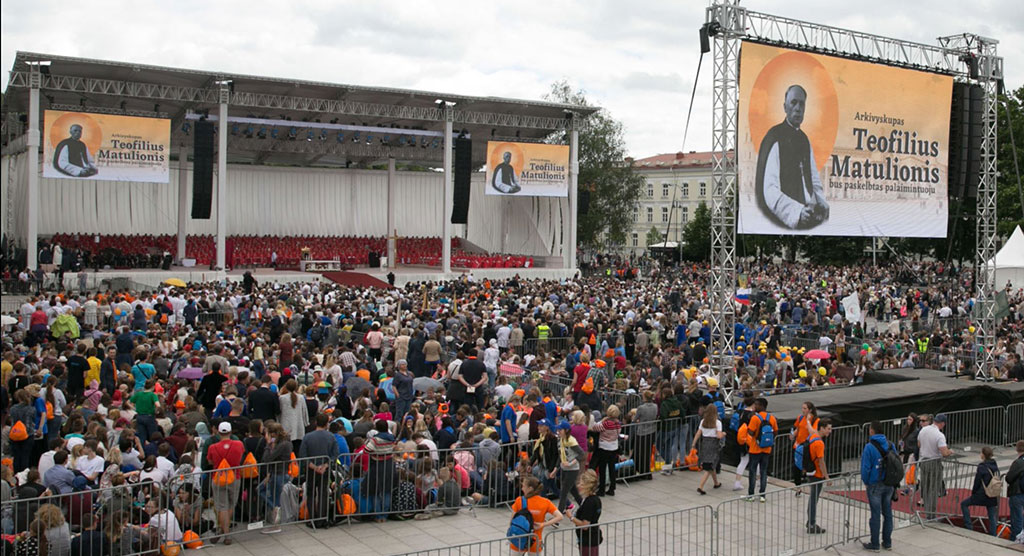 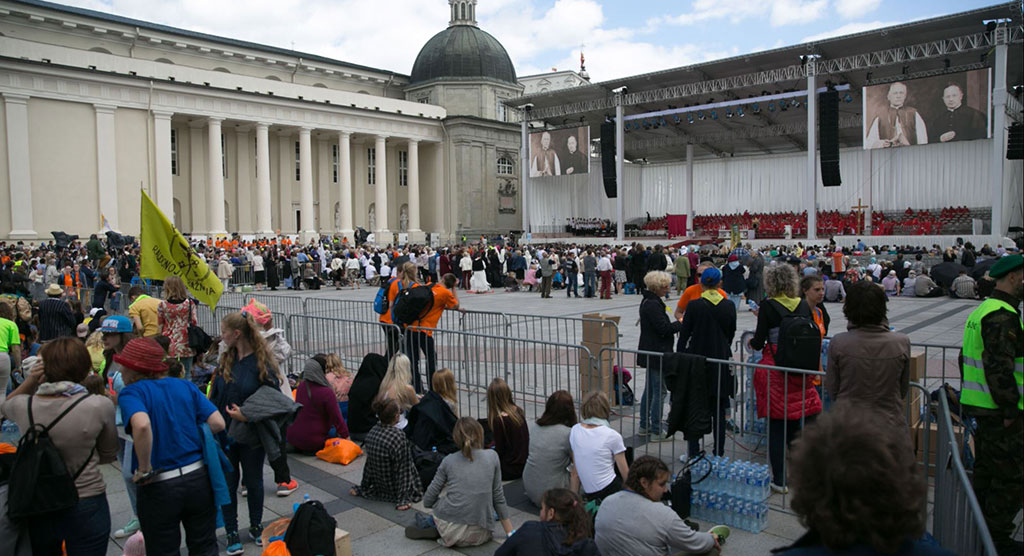 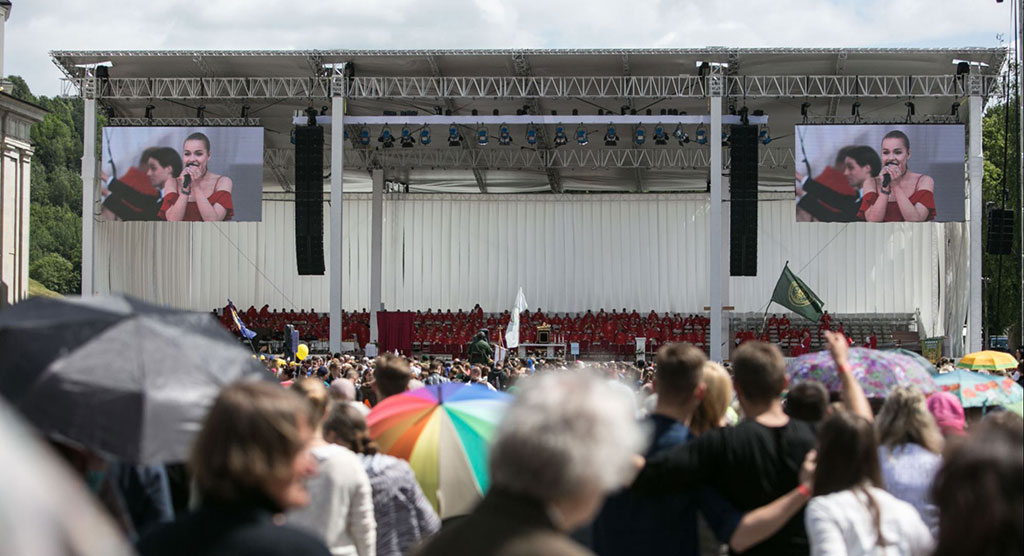 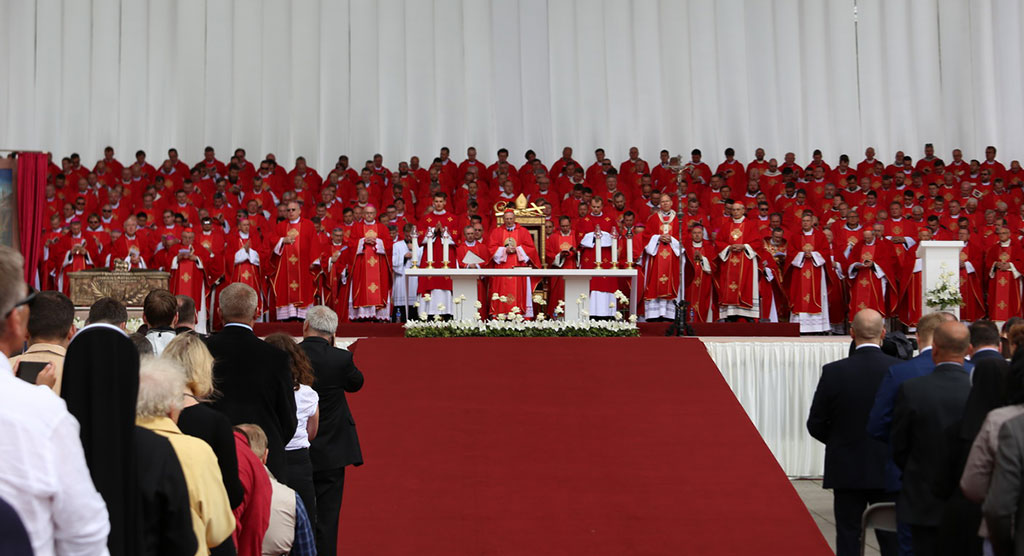 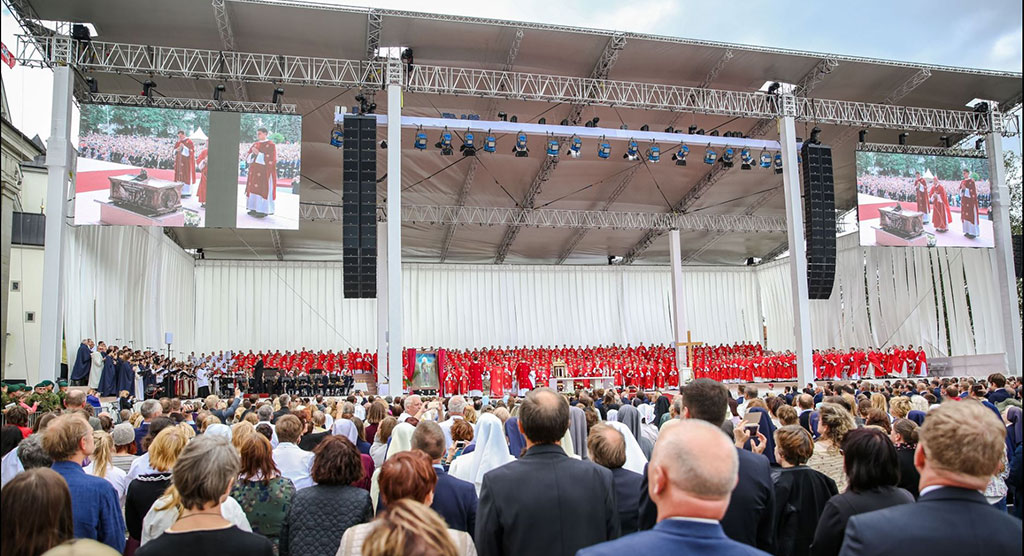 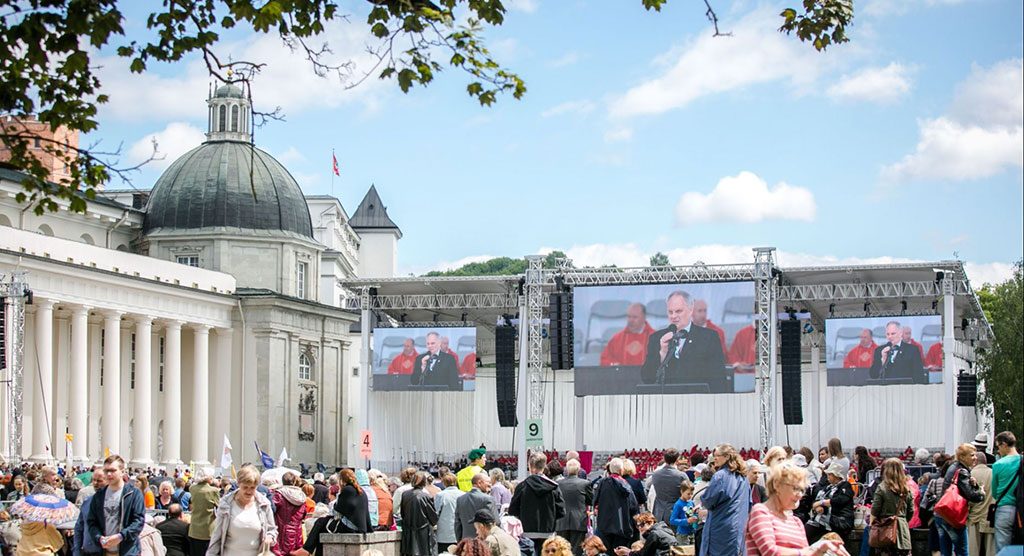 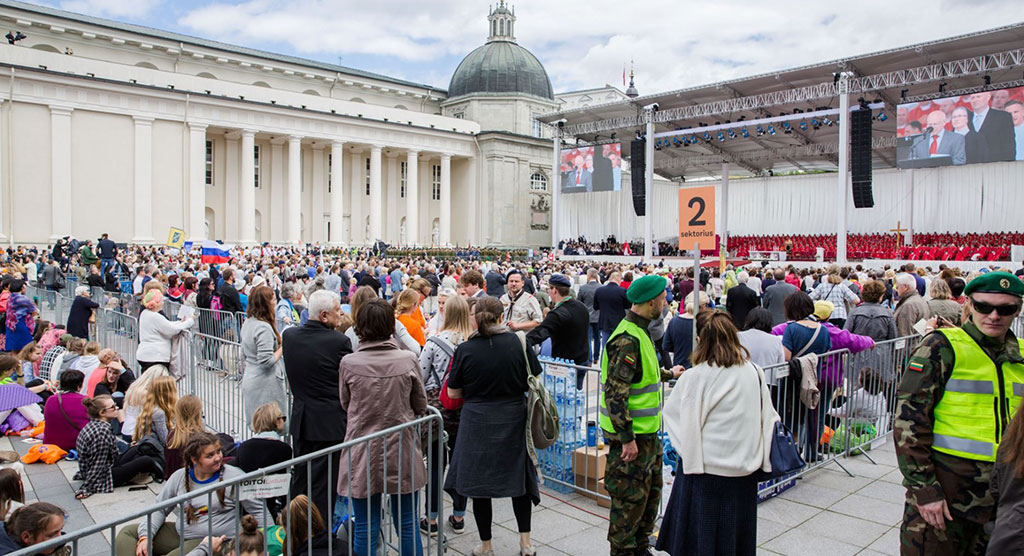 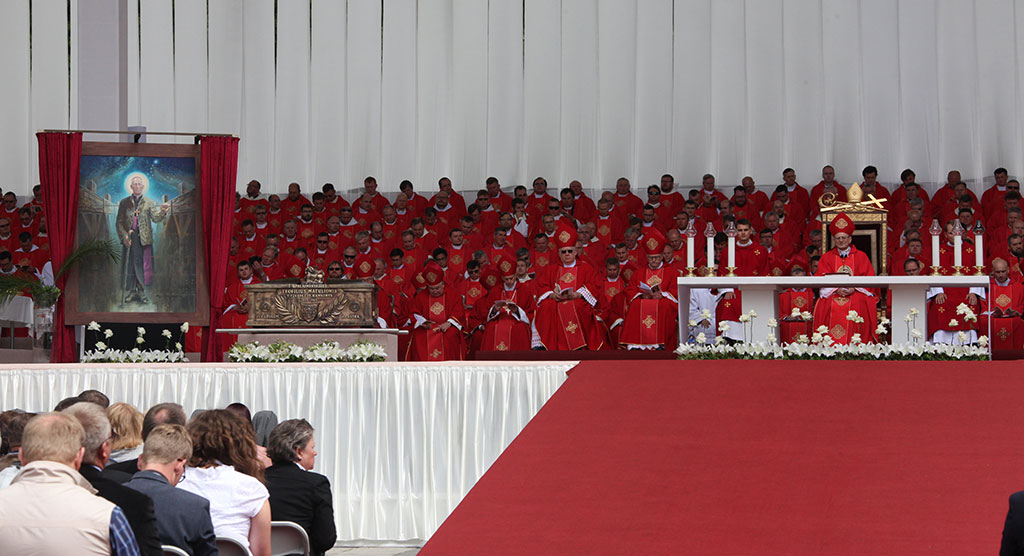 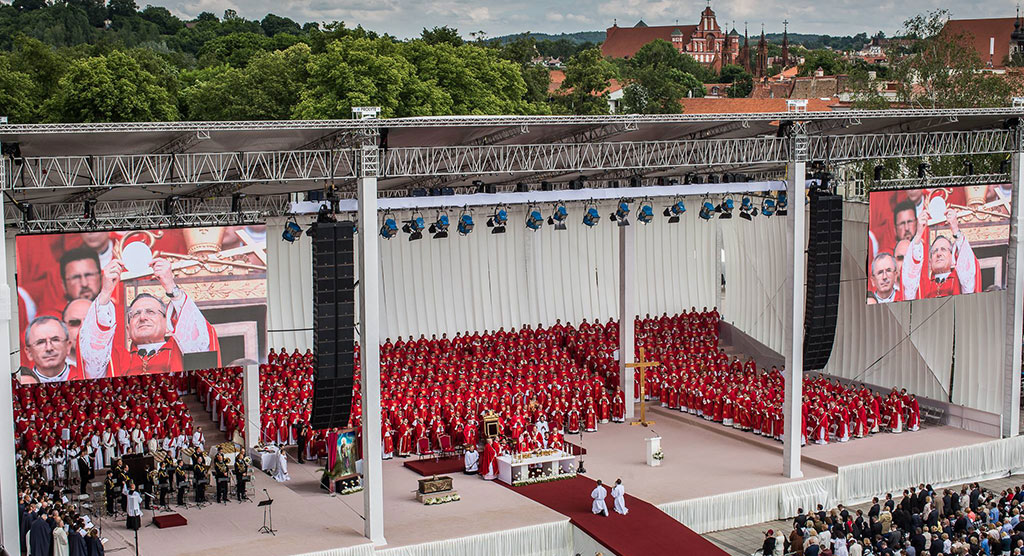 In June 2017, Archbishop Teofilius Matulionis, who was persecuted by the Soviet government, was announced blessed in Vilnius Cathedral Square. For the first time in the ceremony of beatification held in Lithuania, T. Matulionis was blessed by the Pope Francis’ messenger, Cardinal Angelo Amato. During the historic event which attracted tens of thousands of believers, the Holy Mass was sacrificed in the Cathedral Square on a specially built gigantic roofed stage.

STS designed, manufactured and installed this structure of impressive dimensions – the roof system

After the initial design works, it became clear that this would be the largest roof system ever to stand in Lithuania. A specialized Structural Analysis System – a program for designing extremely large buildings – was used.

The specialists of STS have designed this unique stage-pavilion as a temporary and exclusive project. It should be noted that such extreme roof systems are really complicated both in their complexity and technical intricateness, and few companies in the world can implement such a structure.

The construction of this size requires not only great effort in building it, but also a record level of safety both in designing and constructing it. Such non-standard structures are subject to higher structural and safety requirements than usually.

The installation process was made even more difficult by the weather: the wind was strong, so, with a priority to safety, a huge team worked on the assembly.

To design such an exceptional construction, the special SCIA Engeneer software was used. This future concept is currently gaining more and more popularity around the world.

The special SCIA Engeneer program combines everything from modeling and analysis, to designing and reporting. This efficient and precise designer-engineer software allows developers to make a complete structural analysis of the object, and to design, calculate and create a 3D model of the project.

This new technology was used by STS specialists for designing the roof system, developing its 3D model, calculating loads and safety.

A three-dimensional model was developed, which helped to calculate the strength, stability and decorations of all used structures. This was an unprecedented case, as the software program didn’t include the details used to develop such an unusual structure. First, the software was programmed, and then the project itself.