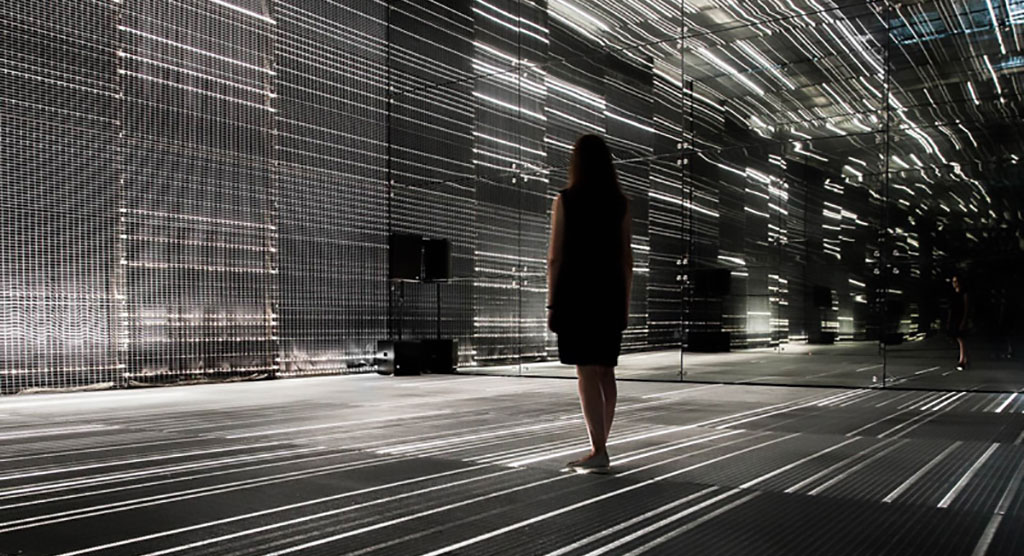 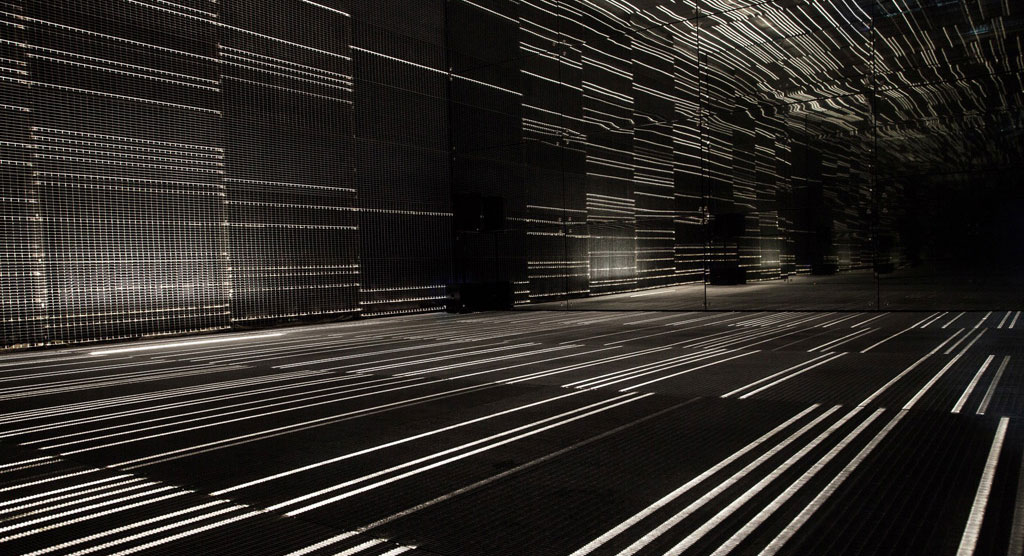 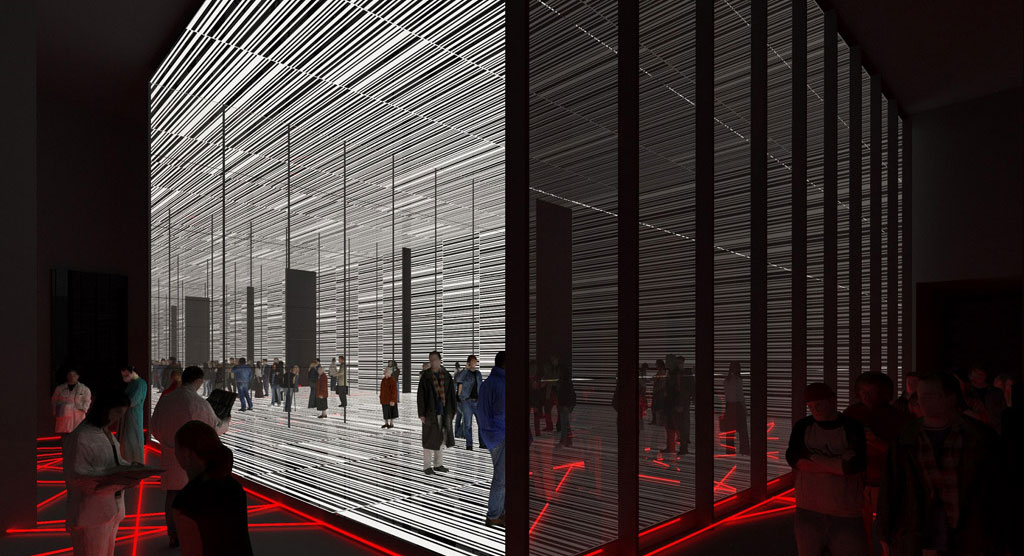 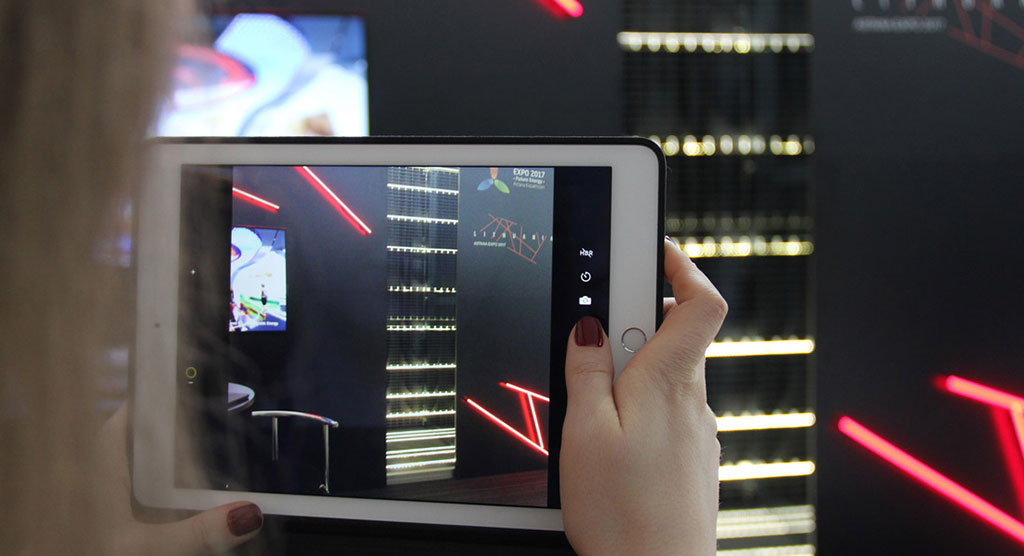 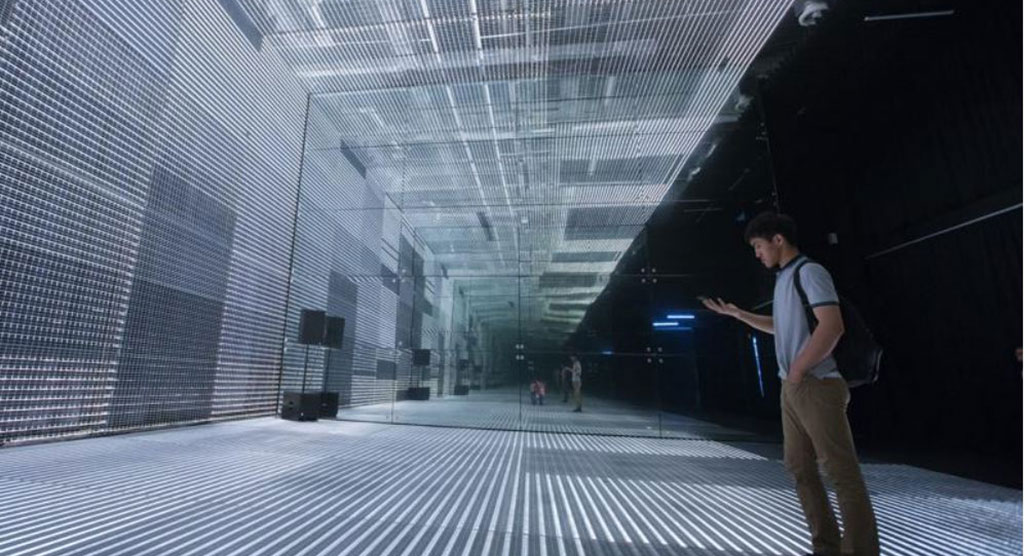 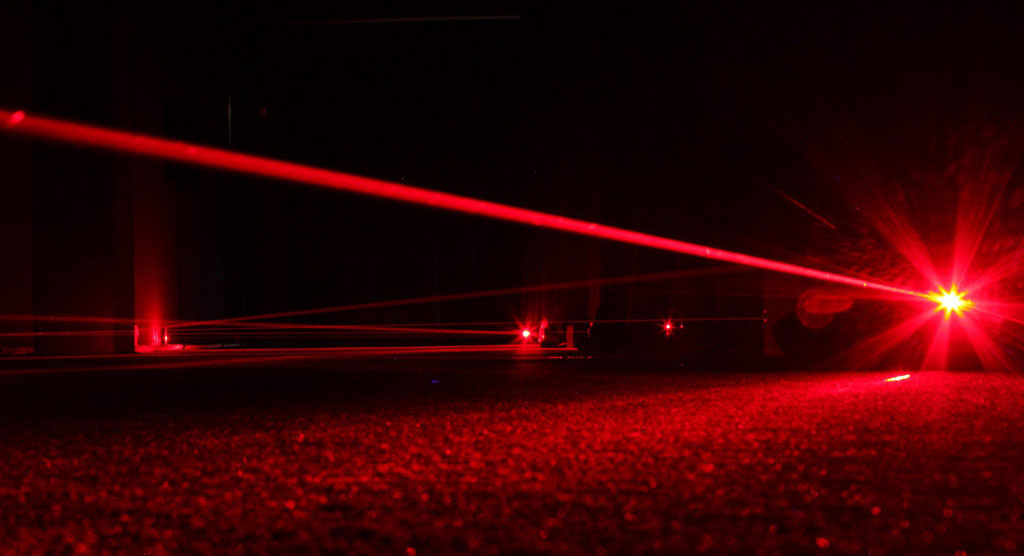 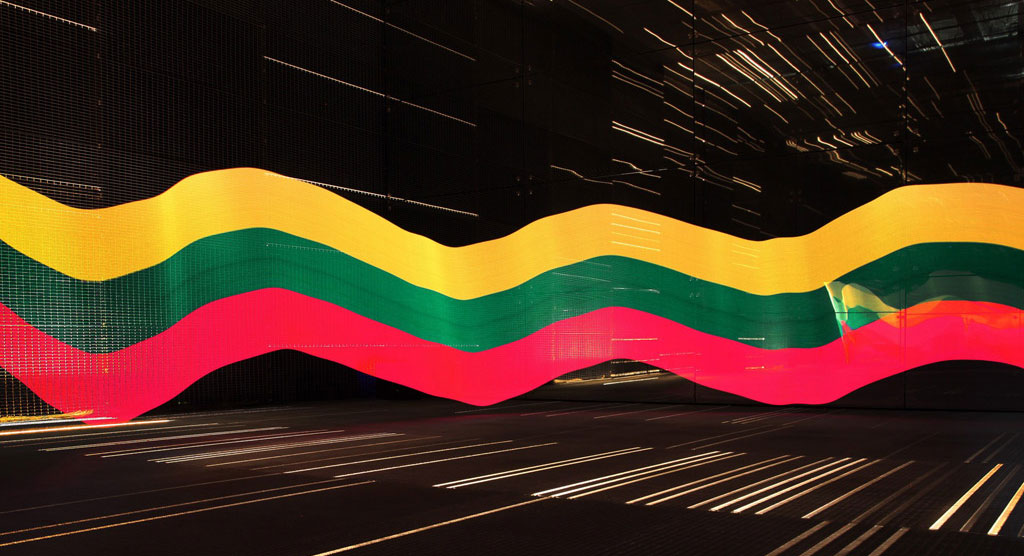 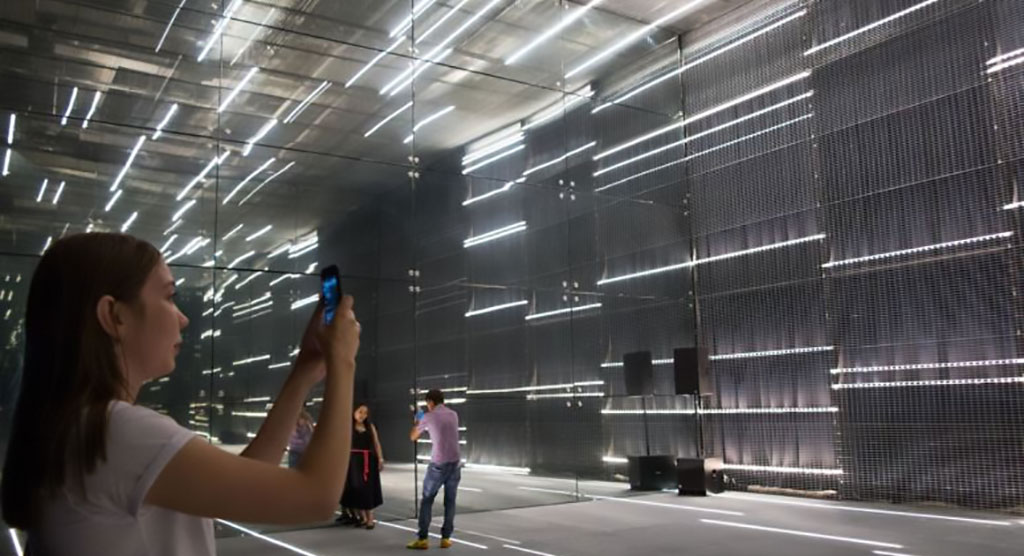 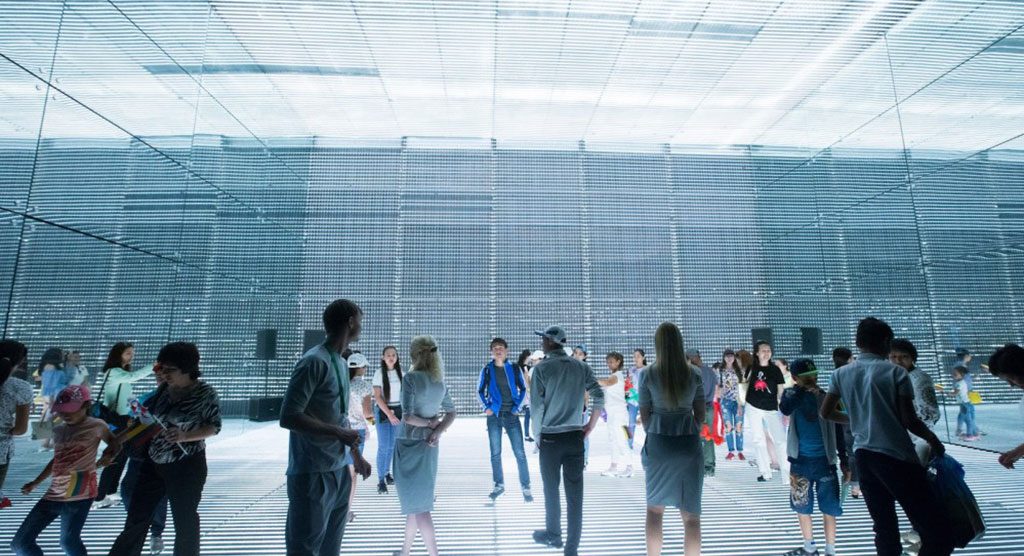 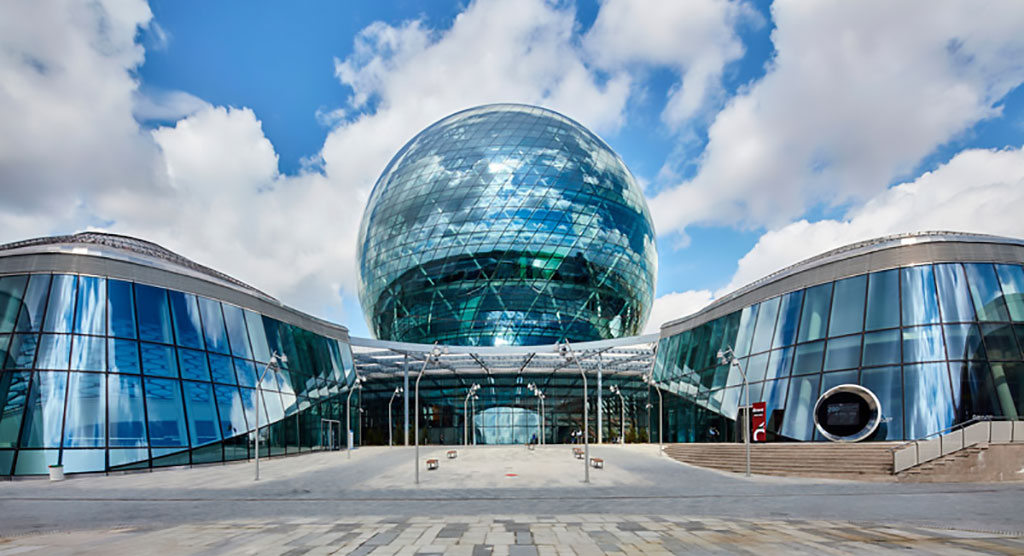 LED and laser installation for Expo 2017

At the international exhibition Expo 2017, Lithuanian Pavilion and other spaces reminded a giant laser model, and the installation of LED lights and mirrors reflected the birth of the laser: this was how Lithuania presented its accomplished work, ensuring energy independence and successfully developing alternative energy for the future.

Lithuanian Pavilion and its theme “Rays of the Future Energy”, designed by architect Martynas Valevičius, the light concept by architect and light artist Linas Kutavičius, received the main award of EXHIBITOR Magazine in the category Elements & Details for the LED light installation, which symbolized the birth of the laser (more than 120 countries participated in the awards). STS light effects artist Norvydas Birulis received special thanks for light directing.
According to the concept description, STS designed, manufactured and installed this unique project and created an artistic lighting pattern.

In approximately 400m2 area, the state of Lithuania and its achievements in the field of energy were presented using laser technologies, laser rays and their imitations, holograms, video material, models and artistic installations. This way to introduce itself as a country was chosen deliberately, as Lithuania is ahead of the world in scientific laser research and manufacturing – every tenth scientific laser in the world has been made in Lithuania.

LED and laser room was a moment of light, energy and speed stopped in an aesthetically pleasing architectural space. The LED room made you feel like standing in the core of a Lithuanian-made laser. It was a phenomenally futuristic experience.

The installation was designed and manufactured in Lithuania by STS. Its creation took:

15m width, 8m height and 8m depth room was constructed from special panels with lamps, LED strips and lasers installed in the floor, ceiling and walls, that were hung on metal grids. Mirrors were mounted on the sides. All this created a feeling of infinity.

The installation was designed in such a way that, if a laser ray was cut off (blocked by a person), a specific sound would play, and the flashes would react. This formed the basis for the interactivity, lights symbolizing the birth of a laser.

The laser rays and their imitations were also used on the facade of the pavilion, which was exclusively original and attracted the attention of visitors both day and night.